2018 Addition of ReWalk 6.0 to German National Device Directory Is Expected to Pave the Way for German Insurers to Develop Policies to Supply Paralyzed Beneficiaries with Exoskeletons

MARLBOROUGH, Mass. and BERLIN, March 18, 2020 /PRNewswire/ — ReWalk Robotics, Ltd. (Nasdaq: RWLK) (“ReWalk” or the “Company”), a leading manufacturer of robotic medical devices for individuals with lower limb disabilities has announced the finalization of an agreement with a group of German statutory health insurer (SHI) to allow any eligible beneficiary with a spinal cord injury (SCI) in the country to seek procurement of a ReWalk 6.0 exoskeleton system. 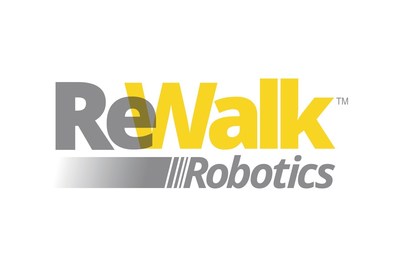 This agreement, the first in a series of anticipated national policies from German insurers, is expected to have a significant impact for spinal cord injured individuals. Under this agreement, eligible beneficiaries will be able to obtain a ReWalk 6.0 exoskeleton device for use in the home that will enable them to stand and walk again, after successful training and verification by the medical service. As a result of the finalization of this agreement, three SCI beneficiaries from this insurance group have already received ReWalk 6.0 personal systems under the coverage provided by the SHI.

In 2018, the ReWalk 6.0 personal exoskeleton system was added to the German National Health Insurance Agency’s National Medical Device Directory (“MDD”), which includes all medical devices that are principally and regularly reimbursed by German SHI providers.  That addition was a critical turning point, enabling any of Germany’s 105 SHIs to pursue national policies for ReWalk procurement.

“This is the first in a series of contracts with German insurers that will benefit paralyzed individuals nationwide.  These policies, which have been in development since our addition to the MDD, will make the procurement process predictable for patients; after successful training and approval for procurement by the insurer, patients will be able to take home a device for daily personal use,” said ReWalk CEO Larry Jasinski. “We are so pleased to get these devices to people who need them more quickly and provide access to life-changing technology.”

ReWalk Robotics Ltd. develops, manufactures and markets wearable robotic exoskeletons for individuals with lower limb disabilities as a result of spinal cord injury or stroke. ReWalk’s mission is to fundamentally change the quality of life for individuals with lower limb disability through the creation and development of market leading robotic technologies. Founded in 2001, ReWalk has headquarters in the United States, Israel and Germany. For more information on the ReWalk systems, please visit www.rewalk.com.

ReStore® is a registered trademark of ReWalk Robotics Ltd. in Europe and an allowed trademark in the United States.

In addition to historical information, this press release contains forward-looking statements within the meaning of the U.S. Private Securities Litigation Reform Act of 1995, Section 27A of the U.S. Securities Act of 1933, and Section 21E of the U.S. Securities Exchange Act of 1934. Such forward-looking statements may include projections regarding ReWalk’s future performance and other statements that are not statements of historical fact and, in some cases, may be identified by words like “anticipate,” “assume,” “believe,” “continue,” “could,” “estimate,” “expect,” “intend,” “may,” “plan,” “potential,” “predict,” “project,” “future,” “will,” “should,” “would,” “seek” and similar terms or phrases. The forward-looking statements contained in this press release are based on management’s current expectations, which are subject to uncertainty, risks and changes in circumstances that are difficult to predict and many of which are outside of ReWalk’s control. Important factors that could cause ReWalk’s actual results to differ materially from those indicated in the forward-looking statements include, among others: ReWalk’s management’s conclusion, and its independent registered public accounting firm’s statement in its opinion relating to its consolidated financial statements for the fiscal year ended December 31, 2019, that there is a substantial doubt as to the Company’s ability to continue as a going concern; ReWalk’s ability to have sufficient funds to meet certain future capital requirements, which could impair the Company’s efforts to develop and commercialize existing and new products; ReWalk’s ability to maintain compliance with the continued listing requirements of the Nasdaq Capital Market and the risk that its ordinary shares will be delisted if it cannot do so; ReWalk’s ability to establish a pathway to commercialize its products in China; ReWalk’s ability to maintain and grow its reputation and the market acceptance of its products; ReWalk’s ability to achieve reimbursement from third-party payors for its products; ReWalk’s limited operating history and its ability to leverage its sales, marketing and training infrastructure; ReWalk’s expectations as to its clinical research program and clinical results; ReWalk’s expectations regarding future growth, including its ability to increase sales in its existing geographic markets and expand to new markets; ReWalk’s ability to obtain certain components of its products from third-party suppliers and its continued access to its product manufacturers; ReWalk’s ability to repay its secured indebtedness; ReWalk’s ability to improve its products and develop new products; the outcome of ongoing shareholder class action litigation relating to its initial public offering; ReWalk’s compliance with medical device reporting regulations to report adverse events involving the Company’s products, which could result in voluntary corrective actions or enforcement actions such as mandatory recalls, and the potential impact of such adverse events on ReWalk’s ability to market and sell its products; ReWalk’s ability to gain and maintain regulatory approvals; ReWalk’s expectations as to the results of, and the Food and Drug Administration’s potential regulatory developments with respect to its mandatory 522 postmarket surveillance study; ReWalk’s ability to maintain adequate protection of its intellectual property and to avoid violation of the intellectual property rights of others; the risk of a cybersecurity attack or breach of the Company’s IT systems significantly disrupting its business operations; the impact of substantial sales of the Company’s shares by certain shareholders on the market price of the Company’s ordinary shares; ReWalk’s ability to use effectively the proceeds of its offerings of securities; the risk of substantial dilution resulting from the periodic issuances of ReWalk’s ordinary shares; the impact of the market price of the Company’s ordinary shares on the determination of whether it is a passive foreign investment company; and other factors discussed under the heading “Risk Factors” in ReWalk’s annual report on Form 10-K for the year ended December 31, 2019 filed with the SEC and other documents subsequently filed with or furnished to the SEC. Any forward-looking statement made in this press release speaks only as of the date hereof. Factors or events that could cause ReWalk’s actual results to differ from the statements contained herein may emerge from time to time, and it is not possible for ReWalk to predict all of them. Except as required by law, ReWalk undertakes no obligation to publicly update any forward-looking statements, whether as a result of new information, future developments or otherwise.